I wanted to take the time to write a blog post on something that is increasingly becoming more important to me.

That is a broad brief statement and by no means is it incorrect. Now I know there is no rule book per se and essentially if you live the lifestyle AND you work it professionally I’m sure for some it can be easy to merge the two. When it comes to the professional scene it is perhaps that broadness that has given the new age some blurred lines.

I’m much a believer of “Each to their own” and we live very much in a high cost, high pressured society of the 21st century. So I would never knock a strong, beautiful female maintaining her financial independence and expressing her dominance in whatever means she considers acceptable but this attitude does blur the lines somewhat for those out there such as myself who very much separate my lifestyle (i.e. sexual dominance) and my professional dominance into two separate worlds.

I hear continually from older player subs saying how the scene has evolved somewhat in the last 20 years, some don’t consider it a positive movement. I won’t deny that the use of my female sexuality in my professional domination sessions is very much at play. I am no stranger to using my own sexual prowess methods as a tool of manipulation, bending inferior males to do my bidding and to please me.

What I’m seeing though is an increase in domme’s mixing pornographic activities with professional female domination sessions or hearing about domme’s offering sexual services as additional services during or post session. I can understand the logic behind it, since as a species most to all of us are interested in sex, significantly less are interested in purely being dominated by a female so by sheer mass it will benefit financially to appeal to a wider audience.

To put my own analogy on it, say you hire a cleaner for your home. Within the cleaners remit, as per their advert is general cleaning activities such a washing, dusting and hoovering surfaces but no mention of gardening. You return home and find the cleaner had then also done the gardening. Some of us would be elated, you’d of escaped the lawn mower, an extra service fulfilled and one less thing to worry about. Others of us may like to do our own gardening, gardening was not advertised and not what you were looking for in a cleaner. 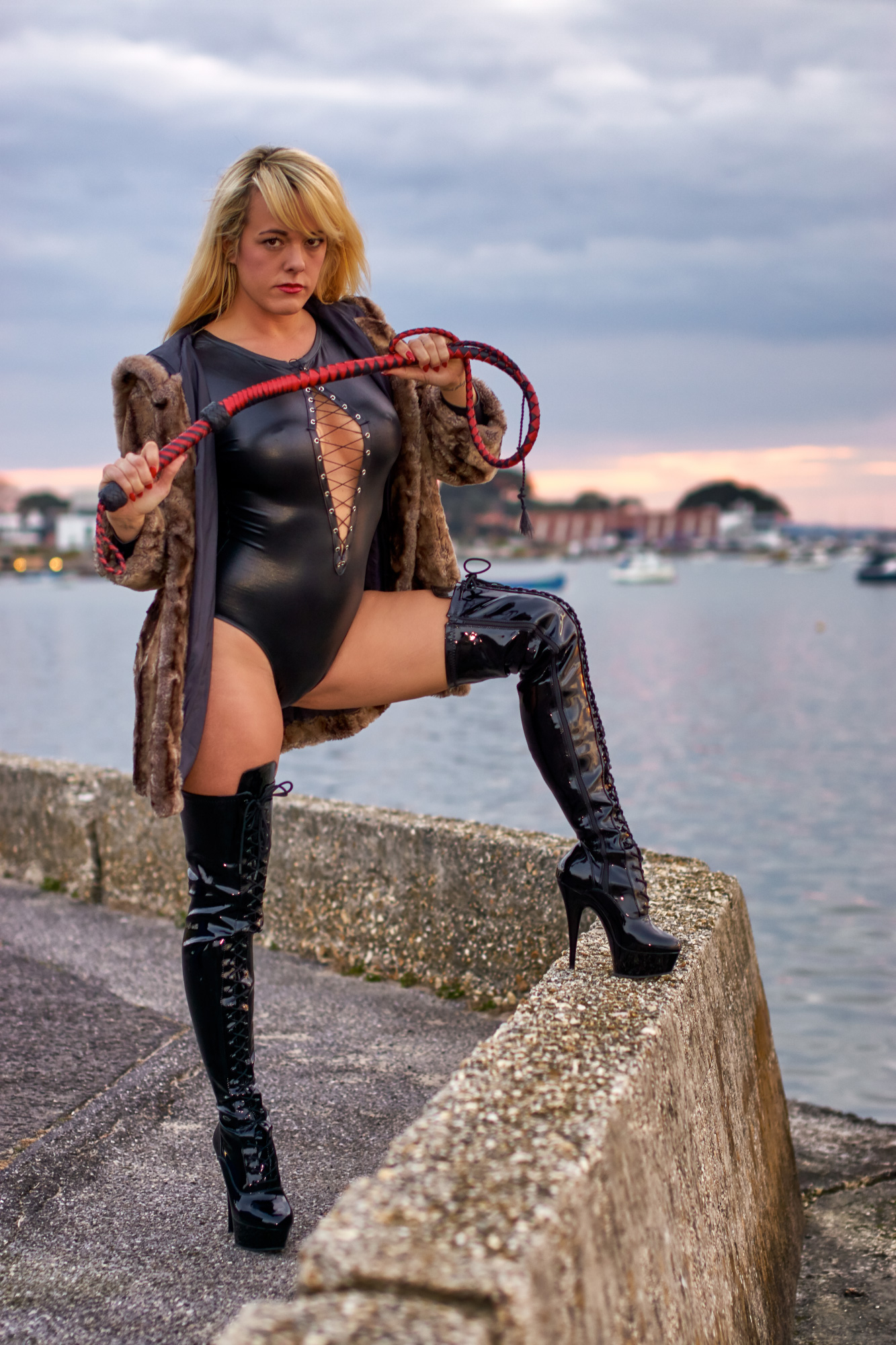 I offer addictive, pure female domination services as a professional dominatrix, I do not offer sexual services at all and I am asked frequently if that is “100% for definite” or advised “the last domme I saw would.” I often hesitate to inform them in response that it sounds like the last domme you saw perhaps wasn’t purely a domme. To me for my professional side, submissive desire and sexual desire are separate. I’m extremely selective in my application process to whom I session with, my preference is for those whom label themselves a “submissive.” To me a submissive is a man that knows his own mind, whom is perhaps receiving sexual satisfaction with a spouse or girlfriend already but is searching to soothe that deep rooted desire for loving female authority. The type of authority they do not receive from their partner albeit because they aren’t particularly dominant or from fear of being shunned or rejected for being odd or perverted. Some men work such a high power role in their every day life with a lot of responsibility that they feel the need to relinquish that authority, to rightly hand it over to the superiority of a female dominant woman and express their submission by fulfilment of specific fetishes or tasks.